You are here: Home › How To File a Class Action Lawsuit

What Is a Class Action Lawsuit? 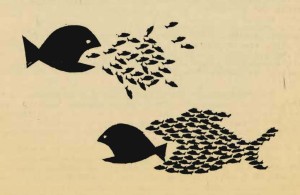 Class actions are an important way to hold companies accountable when they break laws or cheat large numbers of people. Some companies may think they can get away with bad behavior because it will not be worth most people’s time to fight them. Class actions give you strength in numbers to make these companies change the way they treat consumers.

Class actions allow a single plaintiff, the “class representative,” to bring a case on behalf of other persons who were harmed in the same way. These other persons, the “class members,” do not have to appear in court separately to prove their claims. Because the issues are so similar, the court can try all class members’ claims in a single case.

How Many People Do You Need For a Class Action?

Class actions make sense when so many people are affected that it would not be practical for them each to bring separate cases. There is no strict cutoff, but Courts have held that classes are large enough when there are at least a few dozen class members. Successful class actions often involve thousands of class members.

What Kinds of Cases Are Appropriate for Class Actions?

To qualify as a class action, a case needs to involve mainly fact questions that are common to all class members. For example, if a company has the same agreement with all of its customers and refuses to honor the agreement as a matter of policy, the case could be appropriate for a class action. Courts have certified class actions for, among other things, breach of contract, breach of warranty, defective products, securities fraud, civil-rights violations, employment discrimination, failure to pay overtime, privacy violations, violations of federal statutes such as the Fair Credit Reporting Act, and violations of state consumer-protection statutes.

How Do I Join an Existing Class Action?

Please fill out the form below, and an attorney will contact you.